Dr. Sriprakash Duraisamy graduated from Sri Siddhartha Medical College, Karnataka in 2000. He completed his post graduation in Otorhinolaryngology in Sri Ramachandra Medical College & Research Institute, Chennai in 2006 and his M.Ch in Head & Neck Surgery and Oncology from Amrita Institute of Medical Sciences and Research Centre, Kochi in 2012.

He has gained experience in head & neck onco surgery working as Senior Resident at Kidwai Memorial Institute of Oncology from 2007 to 2009. From 2006 to 2007, he worked as Senior Resident, Otolarungology, Head & Neck Surgery at JIPMER, Puduchery and as Assistant Professor, Department of Surgical Oncology, Adyar Cancer Institute, Chennai from 2012 to 2014.

He has attended various conferences and has numerous publications and presentations to his credit. 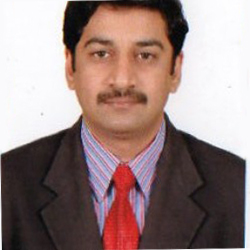