Dr. Sivaram completed his MBBS in Madurai Medical College, Madurai in 2002 and his MS in General Surgery in JIPMER, Puduchery in 2008. He qualified as a Member of the Royal College of Surgeons, Edinburgh, UK in 2009 and as DNB in General Surgery in 2010. He completed his M.Ch in Surgical Oncology at the Cancer Institute (W.I.A.), Chennai in 2013.

Dr. Sivaram has attended numerous conferences and workshops. He has made multiple presentations at various forums. He has also been involved in research and have published his research findings. 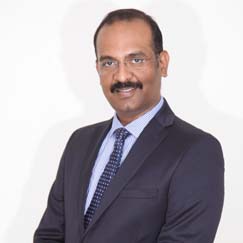